A new home and a new hobby

Victoria is busy every day of the week since she moved to Oaklands Park. ‘I go to the weavery Monday, Tuesday and Friday,’ she says. ‘Wednesday it’s arts and crafts, and Thursday it’s basketry.’

‘I’d never done much weaving before I came here but I really enjoy it,’ says Victoria. Because she has a visual impairment, staff have gone the extra mile to support her new interest. ‘We experimented with different tabletop colours to provide better visual differentiation for the threads,’ says Victoria’s support worker. ‘But we soon realised that with her narrow visual field, Victoria would find a more compact loom easier – so we ordered one!’

This combination of the right support and a lot of hard work on Victoria’s part is paying off. Her first project was a unique piece of weaving:

‘I’ve just made a cushion cover inspired by the Titanic,’ says Victoria. ‘I think the story of the Titanic is really interesting.’ Using two paintings of the Titanic at night as an inspiration for the cushion’s colours, Victoria chose a midnight blue yarn and contrasted it with yellows and golds.

The completed cushion now has pride of place in Victoria’s flat. ‘I think it looks nice,’ she tells us. ‘I’m really pleased with it.’ 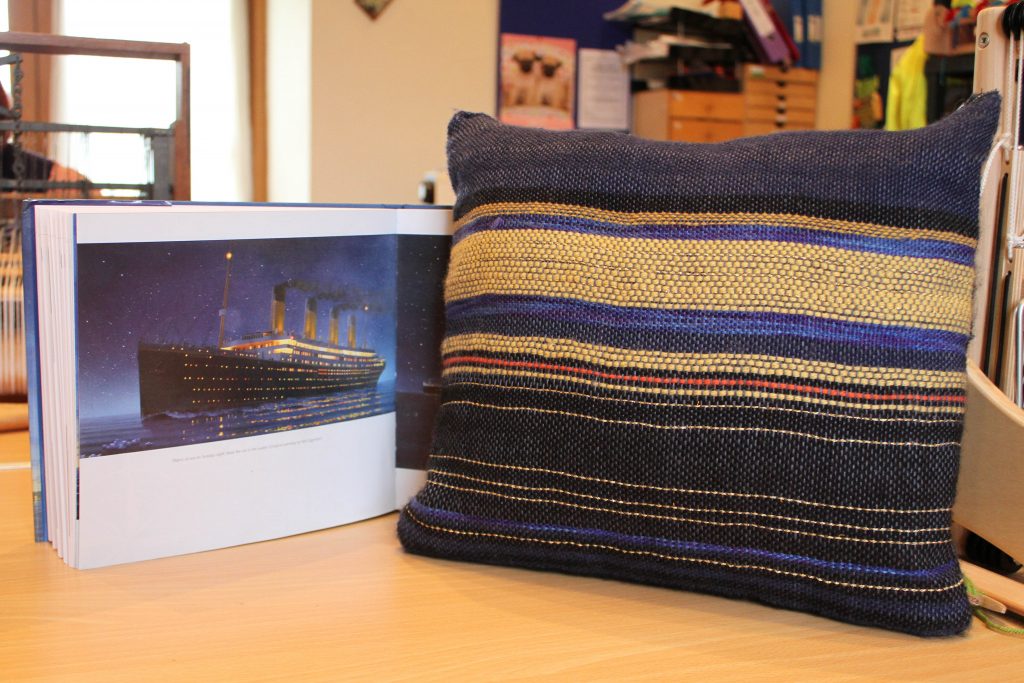 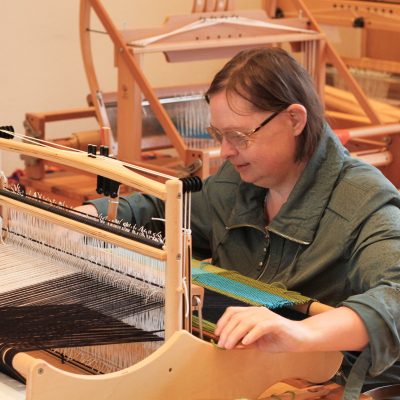 A free and inclusive day to discover the opportunities we offer people with learning disabilities,...

Your contributions help us to create a way of life that includes people of all abilities. We learn new skills together, we help each other, we make new friends and we enjoy each other as equals.

We organise a calendar of events throughout the year, including markets, kid's activities, open days, crafts and exhibitions.

Thanks to the generosity of our supporters we empower people with learning disabilities to live more independently.

Working with us is so much more than just a job, we offer the opportunity to make a real difference to people’s lives.

This website uses cookies so that we can provide you with the best user experience possible. Cookie information is stored in your browser and performs functions such as recognising you when you return to our website and helping our team to understand which sections of the website you find most interesting and useful.

Strictly Necessary Cookie should be enabled at all times so that we can save your preferences for cookie settings.

If you disable this cookie, we will not be able to save your preferences. This means that every time you visit this website you will need to enable or disable cookies again.